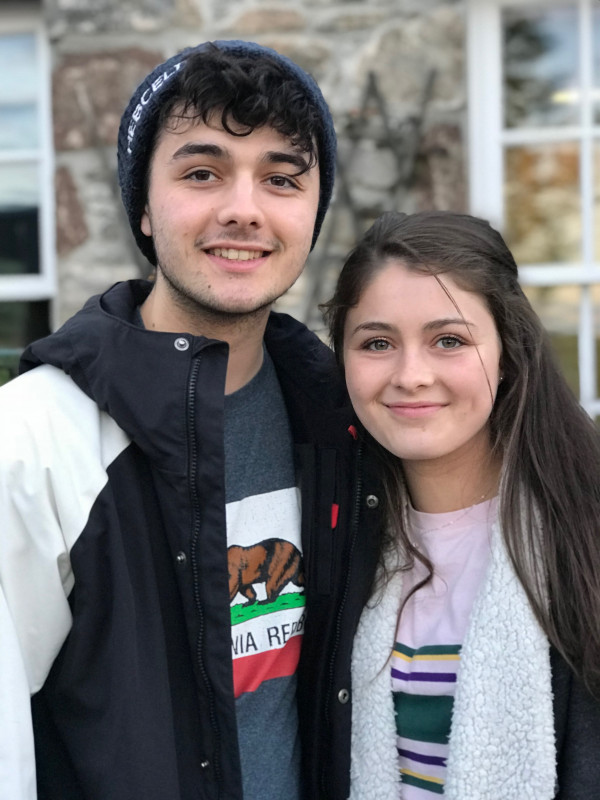 Donald and Peigi Barker, a brother and sister songwriting duo from the Black Isle are part of a Gaelic musical family with strong Lewis connections. Donald, a graduate of Plockton Traditional Music School is now studying music and Gaelic at the University of Edinburgh. Younger sister Peigi voiced the part of Young Merida in the Disney/Pixar film Brave when only 9 years old including singing a duet with actor Emma Thompson. They travelled to Los Angeles for the premiere of Brave and performed a live set for the Highland launch.

Since early childhood, they have enjoyed taking part in various Fèisean, as well as attending and competing in many Mòds. They played the Belladrum Tartan Heart Festival 2018 and are on the soundtrack to The Bard’s Tale IV Barrows Deep game alongside some of Scotland’s finest Gaelic & traditional artists.