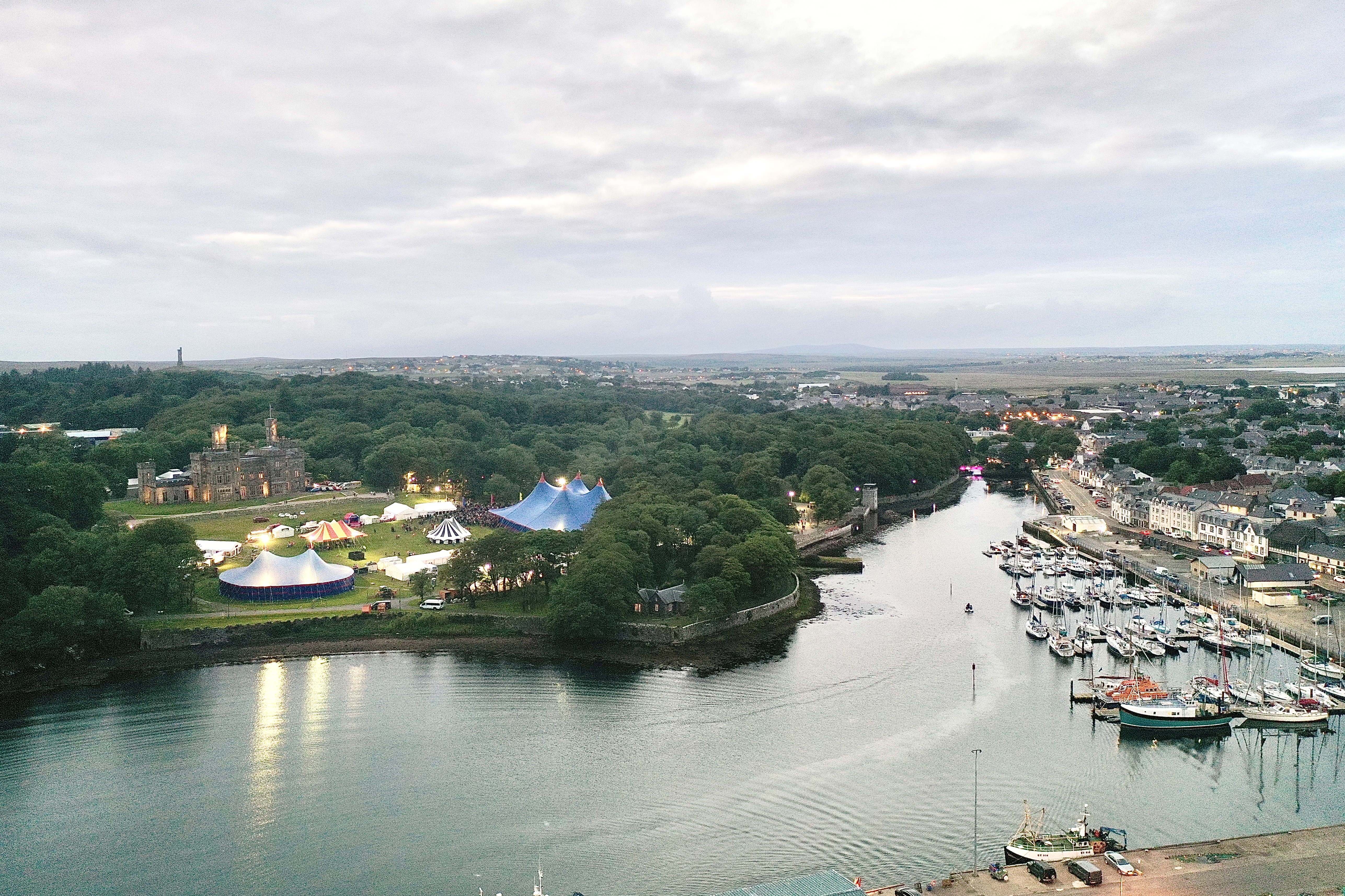 Creative Scotland is the public body that supports the arts, screen and creative industries across all parts of Scotland on behalf of everyone who lives, works or visits the country.

They enable people and organisations to work in and experience the arts, screen and creative industries in Scotland by helping others to develop great ideas and bring them to life.

Creative Scotland distributes funding from the Scottish Government and The National Lottery.

Unlocking Potential, Embracing Ambition Creative Scotland has a 10-year plan that sets out a shared vision for the arts, screen and creative industries in Scotland. The plan also sets out the organisation’s ambitions, underpinned by the priorities that will frame our work over the next three years.

The organisation wants a Scotland where everyone actively values and celebrates arts and creativity as the heartbeat for our lives and the world in which we live; which continually extends its imagination and ways of doing things; and where the arts, screen and creative industries are confident, connected and thriving.

Caroline Maclennan, HebCelt Festival Director, said: “Creative Scotland has been crucial to our success. They quite rightly describe themselves as a funder, an advocate, a development agency and an organisation that seeks to influence others to increase opportunity and maximise the impact our resources can offer. They are all of that and more. They are vital to our operations and those of a wide range of others in Scotland. They are greatly collaborative and we are grateful for their support.”

"The Hebridean Celtic Festival is a major success story for the Western Isles, reaching out to audiences, local, national and worldwide. The Comhairle is delighted to support this year’s HebCelt programme and it is great to see the full scale festival return. We wish everyone involved the very best for HebCelt 2022." Paul Steele, Leader of Comhairle nan Eilean Siar.

Comhairle nan Eilean Siar is the local authority for the Western Isles and has supported the Hebridean Celtic Festival since its inception.

Graham MacCallum, Deputy Festival Director at HebCelt, said: “HebCelt has a huge positive economic impact, injecting millions into the local economy. Comhairle nan Eilean Siar’s support has helped to bring this about, and to also showcase our Gaelic culture. They are a hugely important partner and their backing really does help in so many ways, from attracting thousands from all over the world to raising the profile of all the many attributes of the Outer Hebrides.”

EventScotland (ES) is working to make Scotland the perfect stage for events.

With partners their aim is to raise Scotland's reputation as the perfect stage by supporting and securing a portfolio of events and developing the industry. The organisation provides advice on funding opportunities, access to resources and information about EventScotland and Development teams which sit within the VisitScotland Events Directorate, alongside Business Events.

They attract, bid for and secure major sporting, cultural and business events worldwide, as well as supporting Scotland's events industry. ES brings strategic focus for all involved in any aspect of planning, securing, supporting and delivering events of all sizes in Scotland allowing for the development and growth of a flourishing, innovative and competitive events industry. They do this by providing funding opportunities, giving advice and support and promoting events to consumers. Graham MacCallum, Deputy Festival Director at HebCelt, said: “Funding from EventScotland over the years has been essential and their support much appreciated. This year for example, their funding has enabled us to become the first music festival in Scotland to run power for a stage for the duration of the event with green hydrogen. The Islands Stage will run on this environmentally friend fuel which has been produced locally using wind energy. ES has helped us to be innovative and to contribute to climate change solutions.” You can find out about the ways ES can support your event via their website.

Lewis Wind Power is the developer of the proposed Stornoway Wind Farm, which would harness the incredible wind resource on the Isle of Lewis in the Outer Hebrides.

The project would deliver competitive, low cost power for consumers across Great Britain, and also create significant economic opportunities on the islands.

The wind farm is a key part of the business case for the proposed new grid connection with the mainland and to the development of onshore wind power on Lewis, which it is estimated could generate several hundred local jobs and add up to £33m annually to the local economy.

LWP has been working with the Stornoway Trust and the Comhairle nan Eilean Siar to progress renewable energy development on Lewis since 2003.

Caroline Maclennan, HebCelt Festival Director said: “We’ve been supported by Lewis Wind Power for a number of years now. They are always supportive and understand how they can help us. They provided their financial backing early in the festival process which was very much welcomed. We are delighted to continue having their support and we look forward to a continued warm partnership.”